Break out the party hats and don’t forget the candles, everybody’s favourite search engine turned multinational tech company hit the big ‘2-0’ on September 4th this year. It seems hard to believe that Google arrived on the scene the same year Harry Potter was released in the U.S. and the iMac first hit the shelves. Technically, the company was incorporated on September 4th of 1998 and officially celebrates its “birthday” every year on the 27th of September (with a delightful doodle); but no matter what day you consider its real birthday, Google is officially no longer a teenager this September.

Google Search back in the 90’s 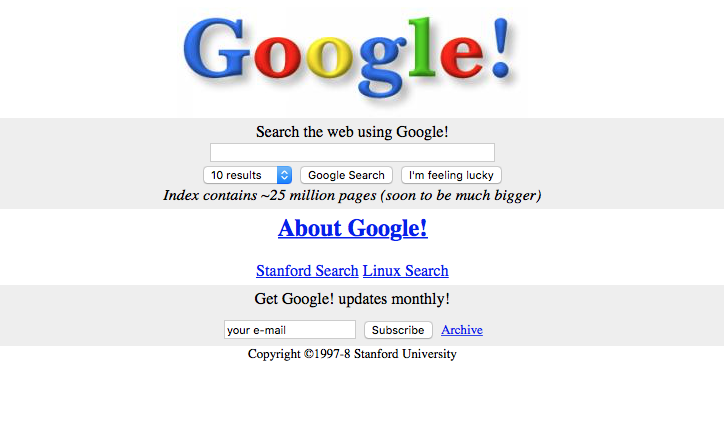 Although Google is an international powerhouse today that supplies numerous different internet related services (Google search, Google maps, Gmail and Youtube just to name a few) to people around the globe, this wasn’t always the case. Google actually began in January 1996 as a research project by Larry Page and Sergey Brin when they were both PhD students at Stanford University in California. Obviously the internet was around before Page and Brin founded Google, so how did people search the web before they arrived on the scene? Before Google, most users accessed sites like Yahoo, Lycos or Alta Vista to search the internet. These search engines used links, links and more links to compartmentalise the internet. Categories such as “Arts and Humanities” was then broken down into further subcategories such as architecture, photography, literature…did we mention there were links? Links as far as the eye can see. All of these categories and subcategories and links made searching for anything on the web a time consuming eyesore. 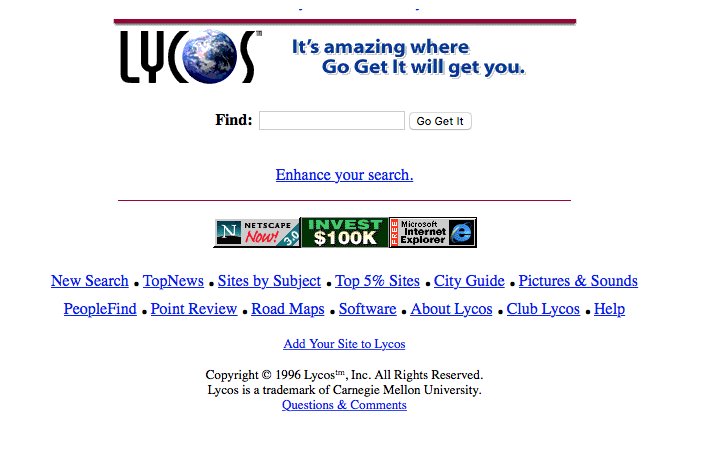 That’s what made Google such a game changer. With its single box search page, Google simplified the process of web search and made it much more intuitive. Like Steve Jobs with Apple, Page and Brin realised that style was just as important as substance. By removing the sprawling clutter of the traditional indexed search pages on their home page, Google rapidly became the search engine of choice. Today, you’d be hard-pressed to say when was the last time you didn’t use Google to help you with something during your day. From emailing your friends to translating that restaurant’s menu you’re going to visit while on holiday abroad, Google is normally involved somewhere, in some capacity, in our day-to-day lives.

But will it last? 20 years as one of the world’s most valuable companies is no small feat. Recently however Bing (once MSN) has started to seize back some of that monopoly from Google. Due to the rise of mobile devices that operate the Windows OS, nearly 10% of the search market in the U.K. has been taken over by Bing. While it seems unlikely that any company will realistically provide a challenge to Google’s dominance anytime soon – it’s not impossible. It’s not difficult to build a search engine and if someone can do it better, consumers will likely forget any loyalty to Google.  However, with side projects such as driverless cars, drone deliveries and other AI technology research and innovation, we have a feeling that Google won’t be out of the spotlight any time soon. 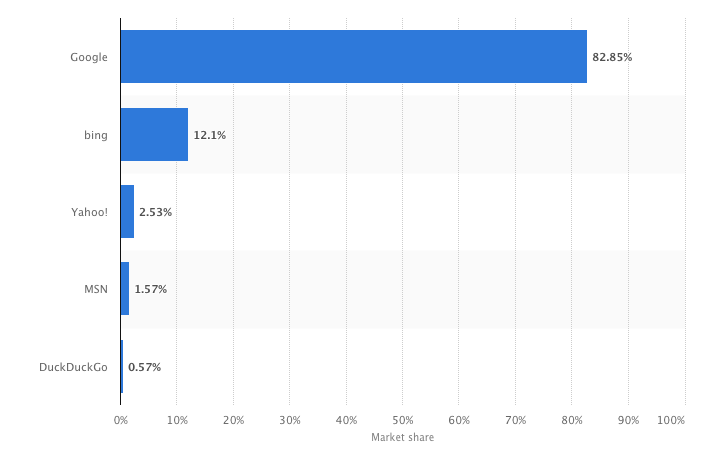 So congratulations Google on 20 years! We can’t wait to see what the next 20 bring.